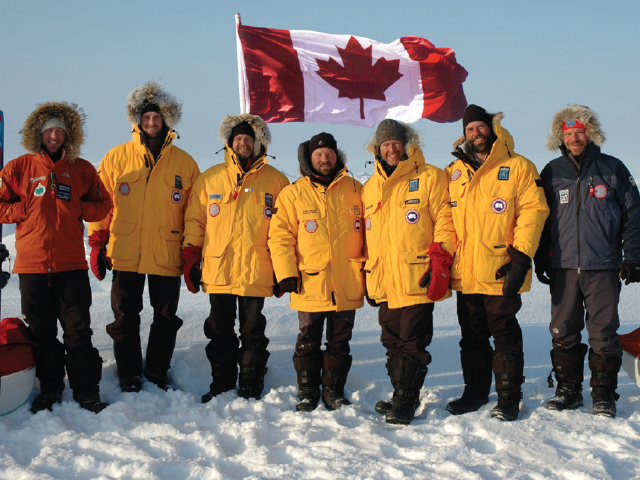 In April 2006, Fred Losani along with local businessmen Peter Turkstra, Steve Stipsits, Scott Shawyer Doug Stoup and Paul Hubner joined two other adventurers and skied to the North Pole to raise money for children and families in the Hamilton and surrounding areas. This ambitious journey took the team of voyagers to one of the most inhospitable places on the planet, the North Pole. During the 110 km long gruelling journey, the team trekked across ice and snow with around the clock daylight, battling dangerous temperatures between -30 and -50 degrees. On Tuesday April 19, 2006 the team successfully reached GPS 89.999 degrees North despite pressure ridges, leads of open water and fast drifting ice and arrived in the geographic North Pole as scheduled and all in good health. From this journey, the team successfully met their goal of raising $500,000 for the ‘Top of the World Charity’ and displayed great courage and bravery along the way to individuals who followed their remarkable journey.