Lino and Fred headline the 2019 HHHBA Hall of Fame Class 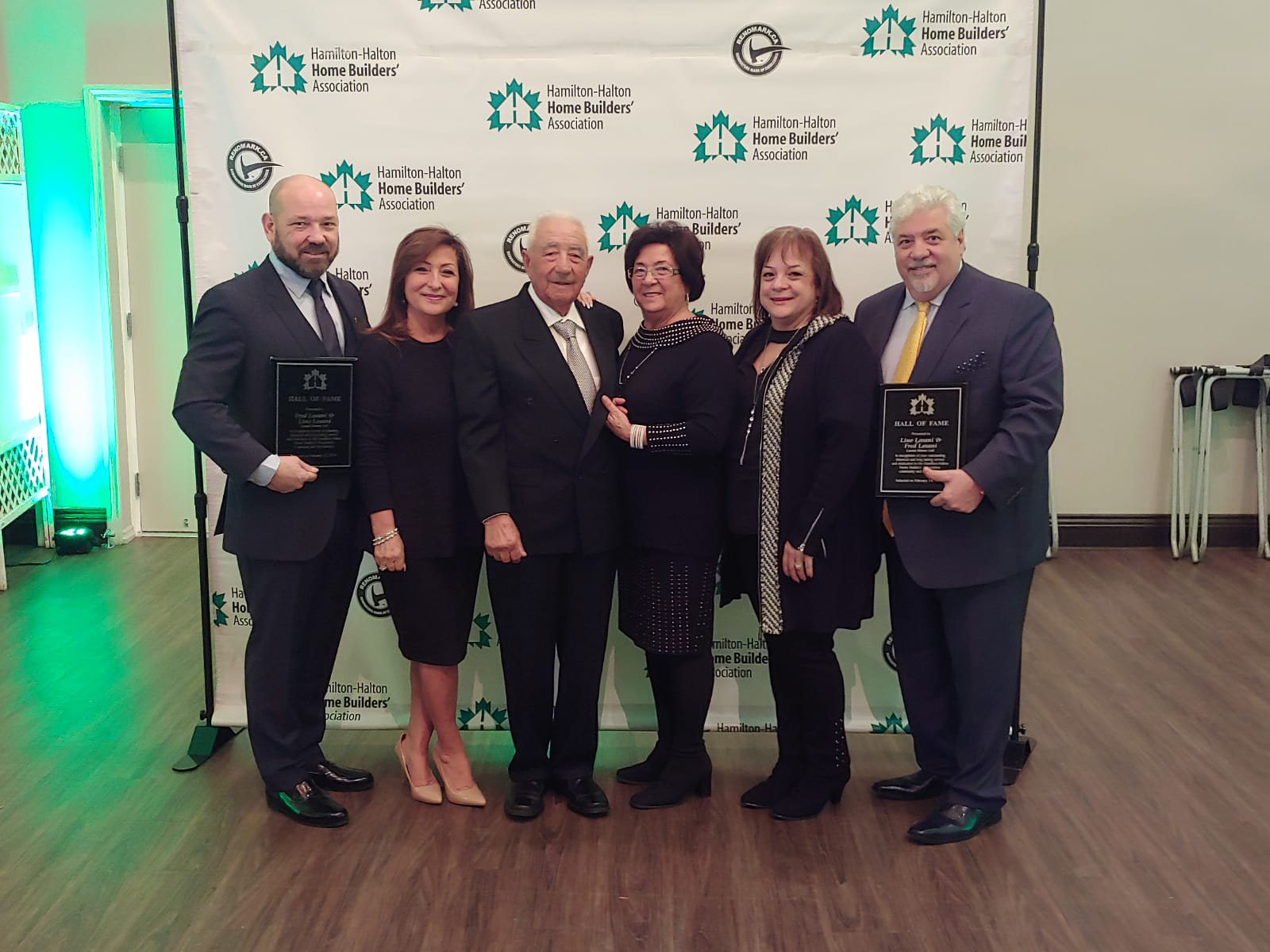 On Thursday February 14, 2019, Lino and Fred Losani were proudly inducted into the 2019 Hamilton Halton Home Builders Hall of Fame. In front of a sold-out crowd of 475 for the largest event of the association’s calendar, Lino and Fred spoke eloquently during their acceptance address in what was an emotional day. This was the first time the HHHBA Hall of Fame event has sold out of both tickets and sponsorship opportunities since the they moved their Hall of Fame luncheon to its current large-scale format. They joined their father and Losani Homes founder, Giovanni Losani, who was inducted into the Hall of Fame nine years earlier, making the occasion especially important to Lino and Fred. The day was made all the more memorable when keynote speaker Tyler McGregor, Canadian Olympic medalist, shared his inspirational story of persevering through life altering tragedy to Olympic glory. Last year, Fred inducted dear friend and colleague Jeff Paiken into the Hall of Fame, so it was fitting that this year Jeff return the favour as he inducted his very dear and long-time friends Lino and Fred. The room was full of friends, partners, and associates to Losani Homes, some of which share ties with Losani Homes going as far back as the company’s inception. Lino and Fred humbly deflected all of the credit to their parents, siblings, staff, partners, and associates.